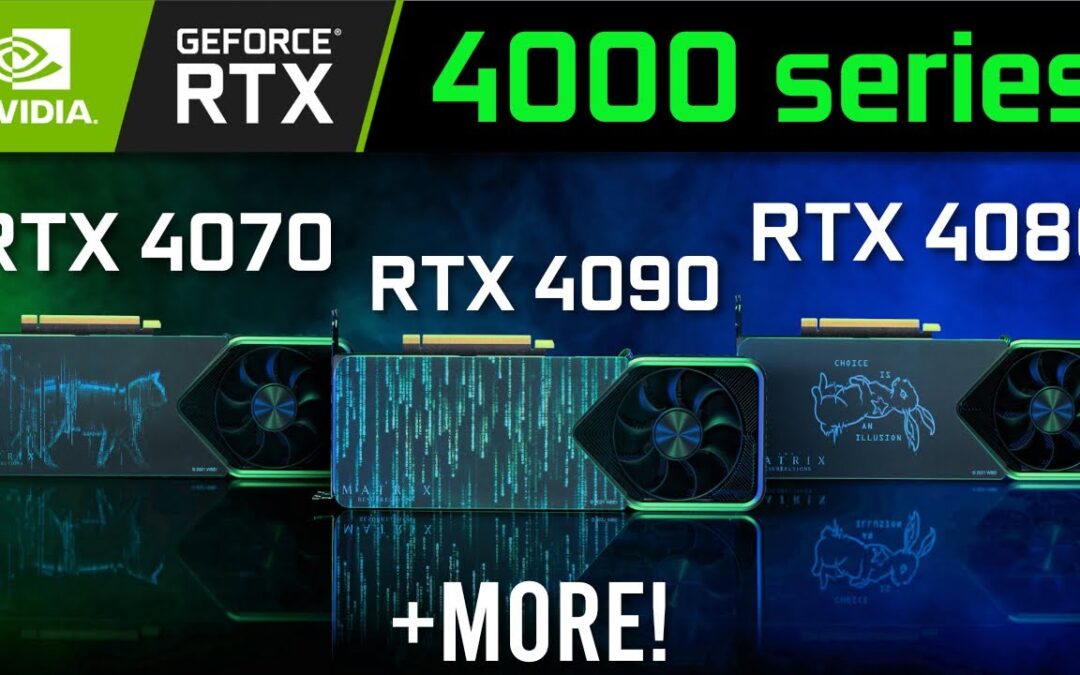 Nvidia has released its next-generation GPUs, the RTX 4090 and RTX 4080. These new cards are intended to take advantage of the company’s new ray tracing technology to achieve higher performance than previous models. To compare these new GPUs to their predecessors, we have considered the RTX 3000 series and their performance improvements over the previous RTX 2000 series.

Bear in mind that NVIDIA might be taking a slower approach for the release of the RTX 4000 series to try and sell the excess stock of RTX 3000 GPUs. By 2024, they believe they will have Ampere Next ready, which is supposedly the RTX 5000 series.

Here are the price tags:

The Ada Lovelace microarchitecture will be built on TSMC’s 4N process, a solid leap from the 8nm Ampere (Samsung) chips. This will result in two significant benefits: more performance for less power.

The leaks on NVIDIA’s “true” flagship are vague. According to reports from the company’s partners, the chip in question is a new version of the Titan X and will be known as the AD102. The AD102 will have 12,432 CUDA cores and 48GB of GDDR6X memory running at 24 Gbps. It will also have over one terabyte of bandwidth, which is significantly more than that of a standard Titan X.

Because of that high TDP, NVIDIA introduced a new 600W connector called 12VHPWR. However, several users on Reddit reported that the connector burned while gaming. Although, the solution for this problem have already been addressed by NVIDIA and a couple third party manufacturers like CORSAIR have already made custom cables to solve this issue.

Considering the RTX 4090’s price, it makes a poor choice for gaming. However, provided that several cheaper and more efficient designs can game pretty well, purchasing the 4090 becomes an unappealing decision.

With its price of $1,600, the 4090 is a great video card and can handle basically any game you throw at it. Anyone who has the budget and is willing to splurge on such an expensive item should go for it.

Deciding which GPU is optimal for you and your use case can be a strenuous and time-consuming task.

Kryptronix – Best Prebuilt PC dealers in Delhi are here just for you.

Now get the best prebuilt PC for all your needs such as work, home, designing or gaming with ease and comfort of your with Kryptronix.